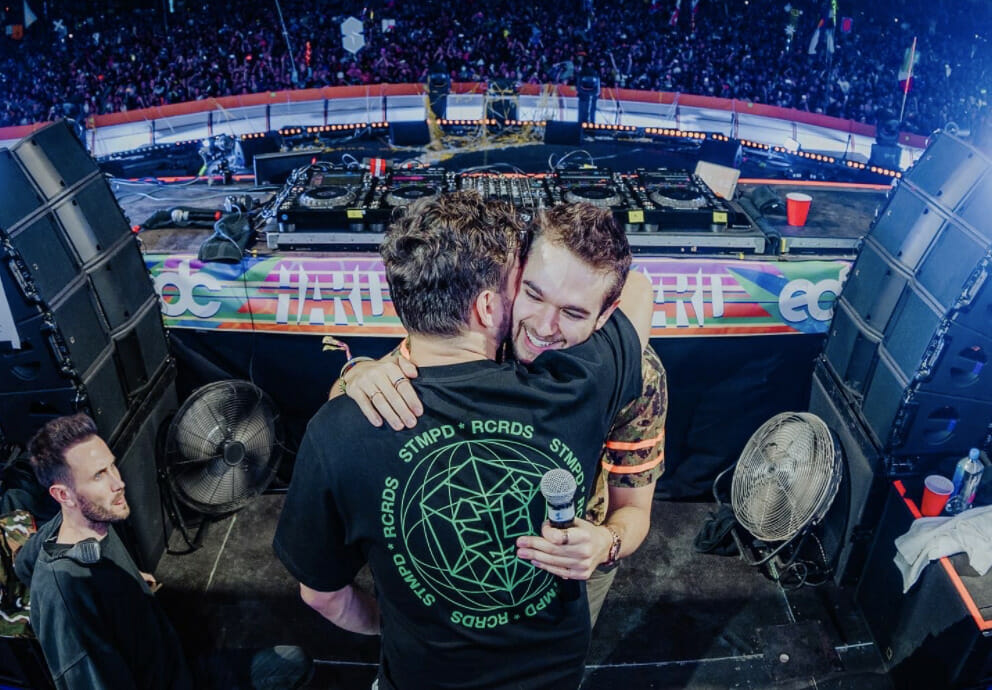 “After being friends for over 10 years, it was about time Zedd and I released our first song together,” Martin Garrix wrote in a March 24 tweet, with the pre-recording link to “Follow” placed atop. ‘a collage featuring some Garrix. and Zedd’s moments over the years.

The family nature of their friendship no doubt translated into “Follow,” which feels — from the first second to the last — a 50% Martin Garrix, 50% Zedd collaboration. And with the ticking of Zedd’s quintessential sample clock, Garrix and Zedd seem to be stepping back in time to 2013-2016. As Zedd recalls his razor-like bass and saws, emblematic of his beloved but now old-school electro-house sound, the STMPD RCRDS leader exerts his progressive touch and anthemic bigroom, filling Bayfront Park , on a single that, even paradoxically, is both nostalgic and contemporary.

The news of “Follow” was met with expressions of surprise, not by the names lining up in the credits, but rather by the fact that a joint Garrix/Zedd track took so many years to materialize. But ask dancing astronaut, and we would say that the signs of such a partnership have always been noticeable. Take Zedd’s Guest Appearance For A Sequel Return To Garrix Date of the Echostage 2019– as part of a series of consecutive teams in recent years – for example. Or, even more fatefully, Garrix’s February 2020 interview with South Florida Revolution 93.5 FMin which the Dutchman spoke of a “crazy, weird, different” work in progress involving both himself and the true colors album creator. Although the elusive collaboration took on an almost fictional quality afterwards, it became a reality a week after EDC Las Vegas 2021, when the two creatives published stories of themselves working together in the studio right after Zedd get Garrix out during his set at cosmicMEADOW. Just over two months later, what would officially become known as “Follow” on March 25 was confirmed; that would be the next track he would finish, Zedd proclaimed in January. And after officially tease the crown jewel of the 2022 festival circuit, Garrix, with the fateful push of the FaceTime button, digitally positioned Zedd next to him in Lollapalooza Chile to start “To follow.”

Awaiting its official premiere at Bayfront Park, “Follow” can be streamed in full below.