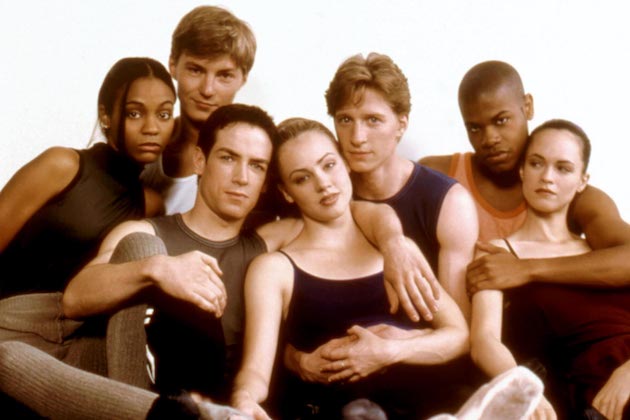 Jody Sawyer and his terrible participation are about to pirouette in a new place: the small screen.

A television adaptation of the 2000 dance film Center stage is in development at Sony Pictures Television, our sister site Deadline reports. Sweet / Vicious designer Jennifer Kaytin Robinson is on board to write, produce and direct the pilot.

Center stage came out 20 years ago. The film follows a troupe of young ballet students at a prestigious New York City academy as they strive to be hired by dance companies around the world. It stars Zoe Saldana (Avatar), Amanda Schull (12 monkeys), Susan May Pratt (Banned), Peter Gallagher (Zoey’s Extraordinary Reading List) and Eion Bailey (Once upon a time) as well as professional dancers Sascha Radetsky and Ethan Stiefel.

The television series would continue the story begun in the film, following a new class of dancers at the American Ballet Academy. But now Cooper Nielson – played by Stiefel in the movie; no actor is yet attached to the series – is the head of the ABA and the prestigious American Ballet Company. Remember how he wanted to shake things up in the ballet world at the time? Since the new class is described as “inclusive,” we’re betting Nielson hasn’t changed his ways just because he took the old stance of Jonathan Reeves (Gallagher’s character).

You’re doing throwns of joy over the possibility of seeing Center stage on TV? Watch the movie trailer below, then hit the comments!

How “Center Stage” Became the Dance Film of Our Generation