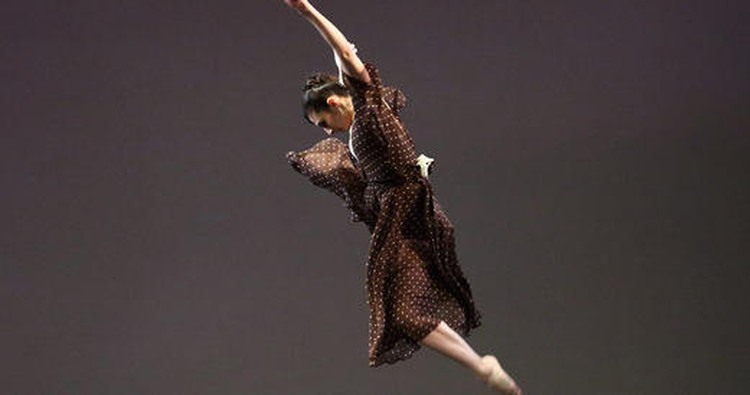 The Tbilisi Contemporary Ballet kicked off its new season with a performance of a miniature by the troupe’s artistic director Mariam Aleksidze and featuring its dancer Mariam Koiava at the Jerusalem Solo Dance Festival on Tuesday.

The short production, titled The street and based on the ballet of the same name produced by Aleksidze in 2012, featured on the stage at Hansen House in the city a portrait of a woman telling her life story during the five-minute performance.

It was the first of two performances of the work at the festival, with the second performance scheduled for Wednesday. The festival is built around solo productions by choreographers from Israel and around the world.

Aleksidze staged his original ballet ten years ago at the State Ballet of Georgia, with a work consisting of four miniatures and based on music by Joseph Haydn. She then re-enacted the current production miniature in 2019 for an event marking her decade in choreography at the Tbilisi Contemporary Ballet, a troupe she founded in 2016.

The artistic director said it was a “great honour” to have her work selected for the festival program, noting the importance of contemporary dance in the performing arts scene in Israel and adding that the selection was an opportunity important networking event for the Georgian company.

The performance of The street at the Jerusalem Festival is supported by the Georgian Embassy in Israel and the Tbilisi City Hall, the latter institution having also supported the creation of the contemporary dance company.

Aleksidze’s troupe kicked off their new season a week ago, with their domestic performances to start with a bill of Dovin-Doven-Dovlia 2016 production based on the poetry of the famous Georgian poet Galaktion Tabidze, at the Rustaveli Theater in Tbilisi.

Their aim to bring back to the stage the choreography of George Aleksidze – the late Georgian choreographer whose troupe is named after – will continue with a staging of his work based on the music of composer Alban Berg, with the group also planning regional tours and workshops.

Aleksidze said lectures by Professor Davit Maziashvili, master classes and educational video projects will also be part of the new – seventh – season, as the company is also ready to continue onboarding new students. The artistic director herself also plans to create a new work during the performance year.