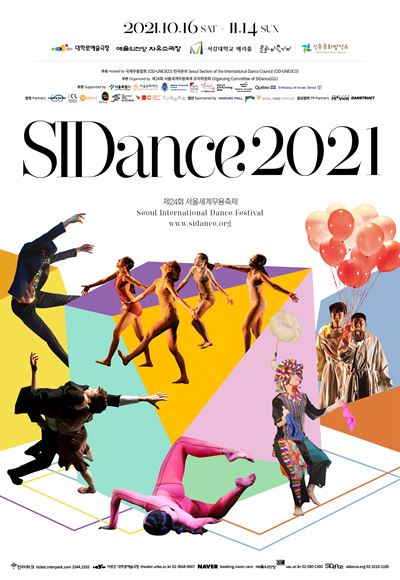 This year’s festival will focus on presenting dance performances from the Benelux countries – Belgium, the Netherlands and Luxembourg – as well as works from non-metropolitan areas. The festival presents 84 works by 83 dance companies representing 14 countries, spanning Europe, Asia, the Middle East and North America. They will be held at various locations in Seoul, such as the Seoul Arts Center, ARKO Art Center and Oil Tank Culture Park, as well as online platforms to be announced. Works and countries as well as online platforms may be added depending on the organizer.

Renowned Belgian choreographer Thi-Mai Nguyen will be visiting Seoul to present her solo work, “ETNA”, which is a performance of her interpretation of the life of an ageless homeless man walking through cities with a tape recorder. The show will take place at the Oil Tank Culture Park from October 23-24. Besides its performances, overseas shows will be presented through an online platform.

The festival will feature a wide range of performances for Seoul residents who may not have many opportunities to see dance troupes based outside the capital. Daegu City Dance Company, Gyeonggido Dance Company, Cheongju City Dance Company and individual choreographers active in regions such as Gunsan, North Jeolla Province, Daejeon and Daegu will also participate in the festival.

SIDance was established in 1998 during the 13th World Congress of the International Dance Council in Seoul and has been involved in the biggest international dance festivals held here every year. Since 2018, SIDance has broadened its themes to include social issues, such as refugees and violence to inspire people through dance performances. But due to the COVID-19 pandemic, it has organized online performances for the first time.