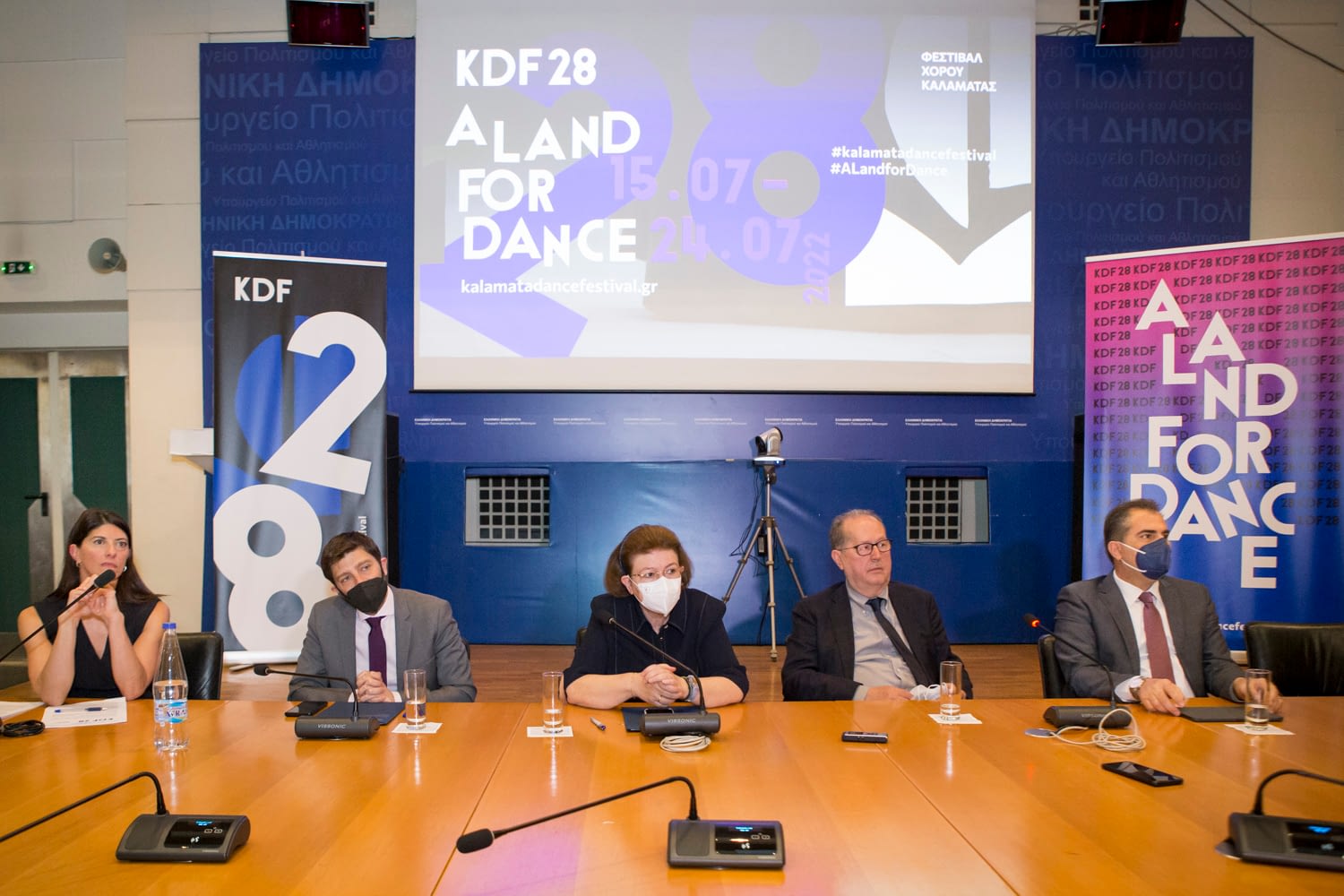 ATHENS – “After almost three decades, the Kalamata International Dance Festival is the first and most important dance event in our country and one of the most important European festivals in its field with international impact,” said the Minister of Culture and Sports Lina Mendoni during the official presentation of the program of the 28th Festival held in the auditorium of the Ministry, on May 10.

“The Ministry of Culture and Sports supports the Festival with a three-year program contract, which we have signed with the Peloponnese Region and the Municipality of Kalamata, with a total budget of approximately 1.9 million euros . Of these, the Ministry contributes with 400,000 euros per year because we really absolutely believe in the Festival and in the institution,” said Mendoni, thanking everyone who collaborated in the realization of this year’s event.

Besides Mendoni, Yatromanolakis, Nikas and Vasilopoulos also gave their regards during the press conference. The presentation of the program was made this year by Kapetanea.

This year’s festival will host a total of 26 productions, 14 foreign groups from 10 countries, 12 groups from Greece, two world premieres, six side events, an intensive program of professional training, as well as a program of dance workshops and of movement for different ages and groups.

Of particular interest is the festival’s first international co-production with one of the world’s leading contemporary dance organisations, Sadler’s Wells Theater in London, entitled Neighbours. The work, choreographed by Rauf “RubberLegz” Yasit and Brigel Gjoka, in collaboration with William Forsythe and with live music by composer Ruşan Filiztek, had its world premiere in March 2022, and after Kalamata will continue its international tour.

The first will be with a landmark work in the history of modern dance, Triptych: The missing door, the lost room and the hidden floor by Peeping Tom, a show that is the result of a new montage of three works created by the Peeping Tom group for the Nederlands Dans Theater.

International artists will present their works from 10 countries, Spain, United Kingdom, Belgium, France, Germany, Mozambique, Switzerland, Italy, Hungary and Cyprus. At the same time, from July 8 to July 24, the educational program seminars and workshops will be held for professionals and special groups of the public, for residents and visitors of Kalamata.

Under the title Ode to Beauty, the festival intends to highlight the great and inexhaustible subject of beauty from a philosophical, moral, social and artistic point of view. In the fertile field of art, Beauty is a central object of study. For the art of dance, the protagonists are the dreaming and moving bodies – inspiration, movement itself, life itself. From the smallest organism to the largest mountain range, from the simplest child’s game to the movement of galaxies, everything that moves participates in life. The artist’s work, however, highlights the search for our relationship to life – because beauty exists because there is kindness, solidarity and love. And their essence is not theoretical but emanates from bodies, gestures, words, actions, relationships between bodies. Thus, the Festival praises the embodiment of beauty.

Activities in Charlotte to stay active for seniors