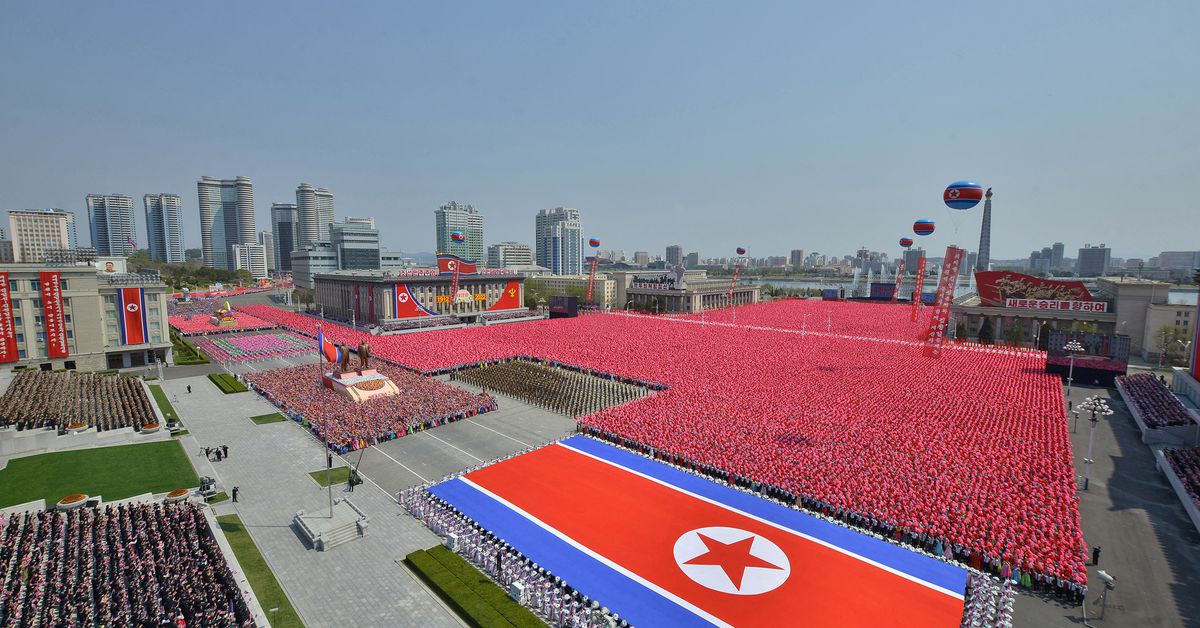 North Korea celebrates its founder with dance, music but no military parade

SEOUL, April 15 (Reuters) – North Korea marked the 110th anniversary of the birth of late founder Kim Il Sung on Friday with fireworks, a procession and a gala evening in Pyongyang’s main square, with thousands of people in colorful traditional dress singing and dancing.

“Day of the Sun” is North Korea’s biggest annual holiday. Kim, who died in 1994, founded the authoritarian regime now led by his grandson, Kim Jong Un.

State media broadcast live footage of an evening gala in Kim Il Sung Square after sunset on Friday, but gave no sign of a planned military parade.

Other earlier events included concerts, art exhibitions and ideological seminars. A light festival has opened in downtown Pyongyang, with dancing fountains and decorated boats on the Taedong River, KCNA reported.

The festival “artistically depicted” Kim Il Sung’s birthplace and “the holy mountain of the revolution, Mount Paektu”, KCNA said. Residents could take photos in front of arches lit with phrases such as “Pyongyang is the best” and “We are the happiest in the world”.

North Korea’s economy has been battered by border closures and international sanctions over its nuclear and missile programs, and aid organizations have warned of potential humanitarian crises.

Earlier in the week, Kim Jong Un offered new apartments to some of his loyal elites, including the country’s most famous TV presenter, and witnessed the opening of a major public housing project. Read more

International monitors said commercial satellite images showed preparations for a military parade ahead of the holiday, but there was no confirmation of a parade on Friday night.

The celebrations come after North Korea resumed testing of its largest intercontinental ballistic missiles (ICBMs) in March for the first time since 2017, and officials in Seoul and Washington said there were signs that it could soon resume nuclear weapons testing as well. Major weapons tests are sometimes scheduled for key holidays. Read more