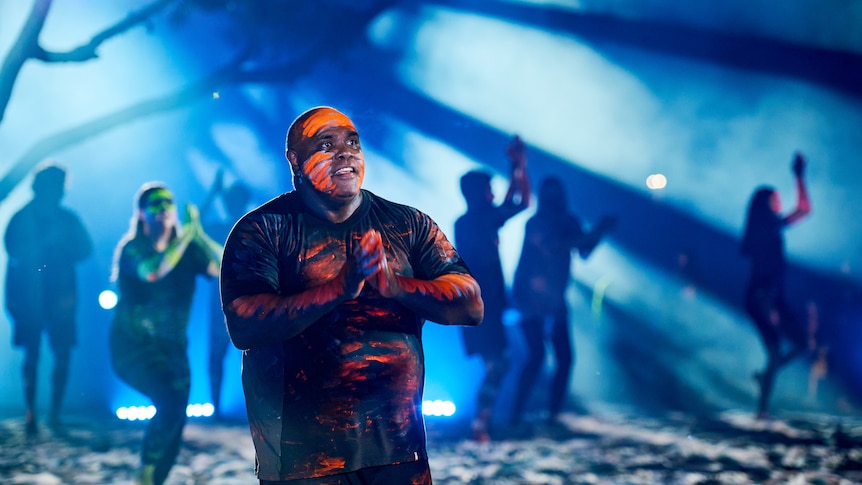 West Australian artist Clint Bracknell has combined his passion for music and his native Noongar language to release an album that celebrates the region’s ecological creatures.

It follows a multi-sensory stage performance of the same name at the Perth Festival this year.

Bracknell, a teacher of Indigenous languages, is also known by his affectionate nickname, Maatakitj, which translates to “long legs like a spear.”

“It’s a big kind of thing, I’ve been doing music since I was young, I’ve worked in all genres from country music to hip-hop and all places in between and I’ve never really hit the mark. goal and done something that I’m really proud of or I’m going to share,” Bracknell said.

“Over the last decade or more, I’ve really tried a lot of song traditions and found kind of a way to make the music more meaningful than the things I’ve done in the past.”

The album, Noongar Wonderland, comes after more than a decade of research and immersion in the Noongar language and song.

“It was informed by research more formally through Australian Research Council funding and my work at various universities and now at the University of Queensland,” he said.

“Central to the argument of the research I do is to underscore the importance of what music can be and can do and how it can connect us all and connect us to the country.”

The album is released in an endangered language to mark the start of the United Nations’ International Decade of Indigenous Languages.

Bracknell felt responsible by releasing the music in the language.

“I didn’t want to get into it too soon and I wanted to be really sure what I was doing was going to be positive and not just self-serving,” he said.

“That’s why I spent over a decade trying to be part of this journey with a whole group of people, including older people and more people in my peer group.

“It’s also about the country, figuring out how we can all work together and share something and keep something alive and strong.”

Bracknell said it was a conscious choice to embrace dance music for the album, and collaborated with ARIA Award-winning Australian musician Paul Mac.

“You can hear it, there’s the brilliance of Paul Mac,” he said.

“Having it as dance music was something that hadn’t really been done before, but was going to capture the same energy as a corroboree-style performance, because corroboree is all about the dance.

“If you think people are together and dancing and engaging in that same beat, then the equivalent of that is what happens when people listen to dance music.”

Local news straight to your inbox

ABC Midwest & Wheatbelt will deliver a summary of the week’s news, stories and photos every Thursday. register here