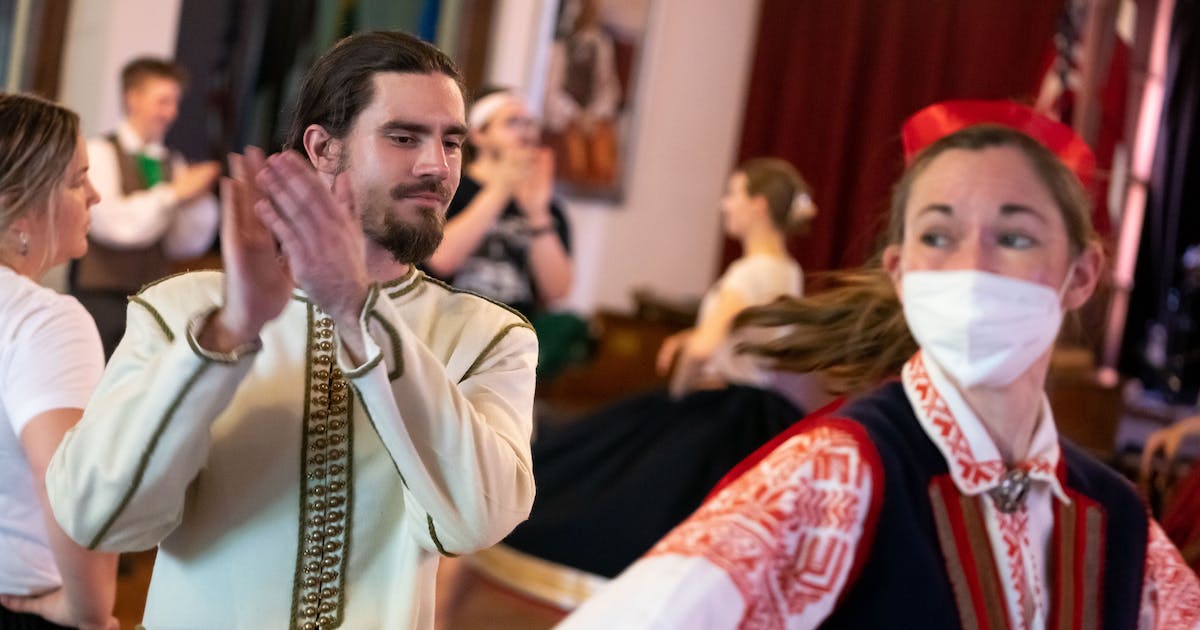 Sure, Minnesota is known as “the land of 10,000 choirs,” but has our singing tradition brought down an empire?

Singers from Latvia did.

Song and dance festivals in the northern European country and its Baltic neighbors Estonia and Lithuania helped rally those countries to declare independence from the Soviet Union, which Latvia did. in 1990. The “singing revolution” ended with the collapse of the Soviet Union the following year.

Now one of those festivals is coming to St. Paul. Around 8,000 Latvian Americans are expected to converge on the city for the 15th annual Latvian Song and Dance Festival USA.

“A lot of [Minneapolis-St. Paul festival] Organizers had attended the 14th Latvian Song Festival in 2017 in Baltimore and concluded that Minnesota would be a perfect location for a song festival because of our strong choral tradition,” said the chairman of the organizing committee of the festival, Ansis Viksnins.

The event takes place every five years and will feature concerts by ethnic Latvian and other musicians – ranging from choir and orchestra to Latvian rock and hip-hop – and dancers with colorful garlands celebrating the culture of the country. Film, theatre, visual arts, literary events and children’s activities are also on the agenda.

It all starts on Wednesday and ends on July 4 and should be a rewarding experience, even for those without Latvian ancestry. Some highlights:

Welcome concert: One of Latvia’s most famous contemporary composers is Ēriks Ešenvalds. He will be present for a concert full of his work, performed by two choirs, Anima from Saulkrasti, Latvia, and Magnum Chorum, an excellent choir based in Bloomington. Anima also presents its own concert at the Ordway Music Theater on Friday. (7:30 p.m. Wednesday, St. Paul’s Cathedral, 239 Selby Avenue, St. Paul; $29 to $49, free for ages 10 and under.)

Chamber and orchestral music: The Minneapolis-based Metropolitan Symphony Orchestra will be joined by soloists and chamber ensembles for a concert full of Latvian music from the last century. (1 p.m. Friday, Ordway Concert Hall, 345 Washington St., St. Paul; $25 to $40.)

Grand folk dance show: For sheer spectacle and energy, this is the main event of the festival. The floor of our state-of-the-art hockey arena will be filled with dancers from across North America and Europe, showcasing both traditional and contemporary moves. (4 p.m. Saturday, Xcel Energy Center, 199 W. Kellogg Blvd., St. Paul; $10-$55.)

Latvian Rock: Akacis created a following among their fellow young Latvian-Americans in the 1980s with a sound that combined the two cultures to good effect. They will reunite for a show that will also feature one of Latvia’s most popular rock bands, Astro’n’out, and Latvian DJ Aiva, who incorporates a bit of hip-hop into the mix. (9 p.m., Saturday, Palace Theater, 17 W. 7th Place, St. Paul; $30-$60.)

Grand Choir Concert: At the culminating event of the festival, you can get a taste of what these massive choral gatherings in Latvia sound like. Several choirs will come together to perform Latvian music with an orchestra, including folk songs, both classic and contemporary dishes, and spiky patriotic anthems. (3:00 p.m. Sunday, Ordway Music Theater, 345 Washington St., St. Paul; $10-$55.)

Tickets and more details can be found at latviansongfest2022.org.

Rob Hubbard is a classical music writer from Twin Cities. He can be contacted at [email protected]