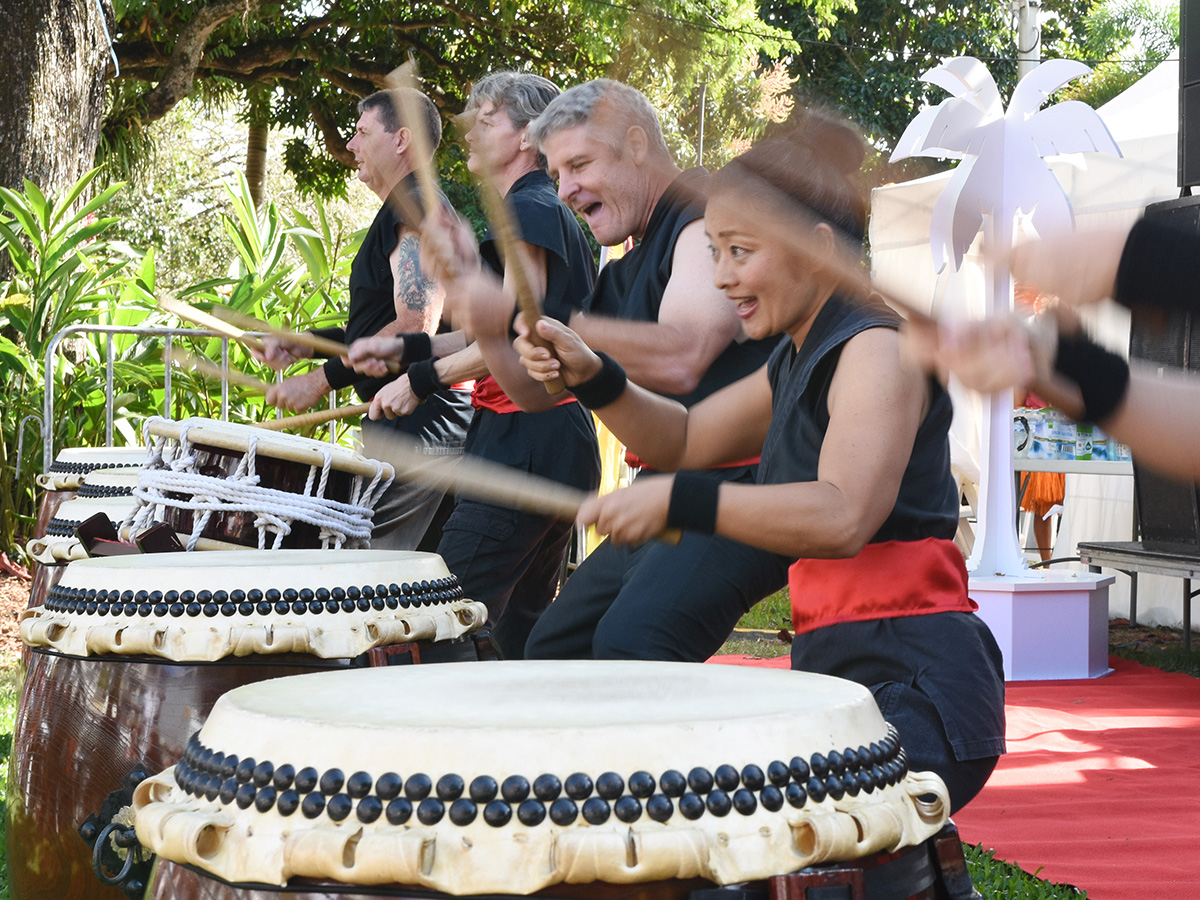 Japan’s Ambassador to Australia will be the special guest at this year’s Cairns Japan Bon Dance Festival.

Culture, tradition, music and dance are at the center of the annual festival, which will be held on the Esplanade in Cairns on Saturday 13 August.

The free event is co-organized by the Japan Society of Cairns and the Consular Office of Japan in Cairns and supported by the Cairns Regional Council.

To celebrate these milestones, Japan’s Ambassador to Australia, Shingo Yamagami, will attend the Cairns Japan Bon Dance Festival and participate in a traditional rice cake hammering activity with the Mayor of Cairns, Bob Manning.

The festival starts from noon on the Western Event Lawn (across from the Night Markets), with members of the local Japanese community to present a lively and inspiring portrayal of their culture, including Japanese drumming (Taiko), demonstrations karate, J-pop music shows and group dance performances.

Throughout the festival, the community and visitors are encouraged to participate in “bon dances” – a selection of modern and traditional Japanese folk dances, some of which have a history dating back 500 years.

This year’s event will also feature a number of street vendor stalls serving Japanese food and a fireworks display.

Cairns Japan Society President Takuya Sakaguchi said the festival was an opportunity for the Japanese community to share their culture.

“The people of Japan and Cairns share close and long-standing ties, and the Cairns Japan Bon Dance Festival enables the local community to strengthen these close ties by learning and experiencing many of the cultural traditions that exist in Japan,” said said Mr. Sakaguchi. .

“The Japanese Society of Cairns, in collaboration with the Japanese Consular Office in Cairns, is proud to be able to present such a diverse cultural exhibition to the Cairns community and visitors to the region.

“We invite everyone to attend this free festival showcasing Japanese culture and tradition.”

Cairns Mayor Bob Manning said it was a great honor to have the Japanese Ambassador attend the event.

“The presence of the Japanese Ambassador to Australia reinforces the close ties between Cairns and Japan,” said Cr Manning.

“Cairns has forged very strong ties with Japan over many decades, including through tourist links and direct flights, as well as the Sister City programme.

“The Bon Dance Festival helps strengthen these bonds and fosters a greater appreciation in Cairns of the historical and cultural aspects of Japanese life.

“Cairns has been a popular destination for Japanese holidaymakers since the mid-1980s, and before the pandemic more than 110,000 Japanese visited Tropical North Queensland each year.

“In turn, many Cairns residents traveled to Japan.

“It was very encouraging to see that last month we finally started to welcome direct flights from Tokyo and Osaka, which is certainly worth celebrating.

Hamilton Festival Weekend has something for everyone August 12-14