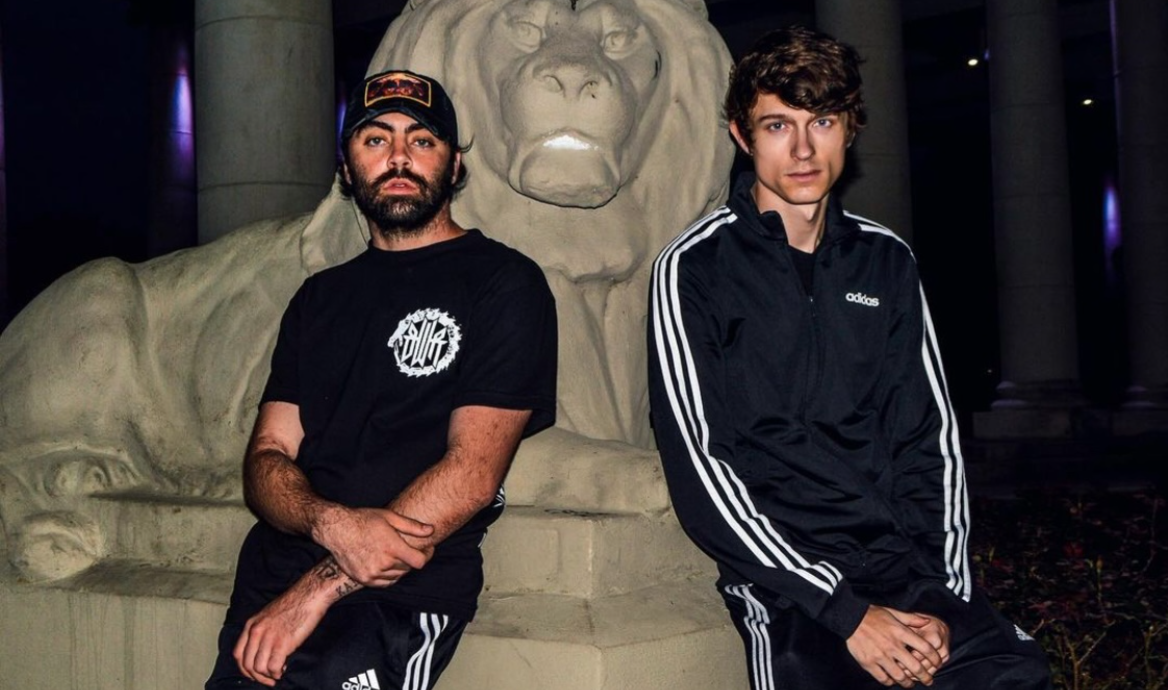 Colby and Sean team up as an electronic dance music DJ as Go Pnik, photo courtesy of the artists

While music lovers tend to view New Orleans as the home ground for young musicians creating blues, soul, jazz, and rap, another musical genre is making waves in Crescent City. EDM, the abbreviation for electronic dance music, is making inroads into the local music scene.

Also known as bass house, techno, riddim, dubstep and trance, EDM premiered in London in the early 2000s. The genre relies heavily on programmed drums and heavy basslines with a pulsating rhythm that encourages the listener to dance and mosh spontaneously alongside other bass music lovers. According to statista.com, EDM has become the seventh most consumed musical genre in popular culture in the United States, slightly behind country. EDM producers and DJs have become some of the most popular musicians to book at major music festivals in the United States, like Lollapalooza, Bonnaroo, and Coachella. Some contemporary music festivals, including Electric Daisy Carnival, Lost Lands, and Ultra Music Festival, have adapted to EDM musicians exclusively due to the genre’s growing popularity.

On the New Orleans EDM scene, two collaborating artists in particular have become increasingly popular in live performances and on social media. The heavy dubstep duo Go Pnik, pronounced (Gop-nik), consists of Sean and Colby. They have become heavyweights in the global bass music spectrum with tracks like “The Rail”, “World Destruction” and “True Hero” which have racked up thousands of plays on digital streaming platforms. In turn, this led to multiple invitations to shows and festivals. This pair of artists have performed alongside other well-known DJs including Modestep, Wooli, Riot Ten and Space Laces.

Go Pnik concerts are full of adrenaline. The strong bass drops and rapid changes force the audience to shake their heads to the beat of the melody. Today, Go Pnik is part of the Subsidia and Buygore labels, which feature the duo and group projects while promoting their singles releases and tour announcements. They were previously on the 2020 and 2021 BUKU Festival schedules, both of which have been canceled due to the pandemic.

In an interview with Sean, I asked some general questions about the dubstep music industry, how Go Pnik got started, and how New Orleans culture affected the duo’s musical inspiration. Sean explained that growing up in the city created an attraction to rock and electronic dance music as a child, and it intensified even more when he met street performers.

â€œThe entertainment in New Orleans is unique, and so is the music. The culture of the melting pot opened my eyes as a child, â€said Sean. He has been writing music since high school. “Local festivals like the Voodoo Fest in City Park inspired me to learn how to produce my own tracks.”

Sean adds that Go Pnik is a derogatory term in his home country, Ukraine. â€œIt refers to the lower class people who stereotypically wear Adidas clothes on the streets,â€ he said. He added, â€œI created the duo because I have a hard time interacting with the crowd and being kind before and after shows with the fans. I knew this aspect of the business was vital, so I looked for a partner and Colby was the perfect fit.

Two of Sean’s favorite EDM influences are Excision (the owner of Subsidia Records) and Figure (a well-known DJ from Evansville, Indiana). â€œFigure did more than just crazy bass tracks, he provided an entertainment package. His performances are more than shows, they are whole experiences, which I adored. ”

Sean says the electronic dance music scene in New Orleans has changed in recent years. â€œIn 2016 New Orleans had dubstep shows every week, but it was pretty hard to get booked and get noticed as an upcoming artist. Nowadays, the scene is more welcoming for young musicians who are still developing a buzz. Plus, befriending top performers online and in the Green Room before shows just got easier, helping locals immensely. For emerging DJs in the EDM scene, he recommends â€œgetting to grips with the process of creating music and releasing originals. It is vital to learn music production while learning DJ skills for live performances.