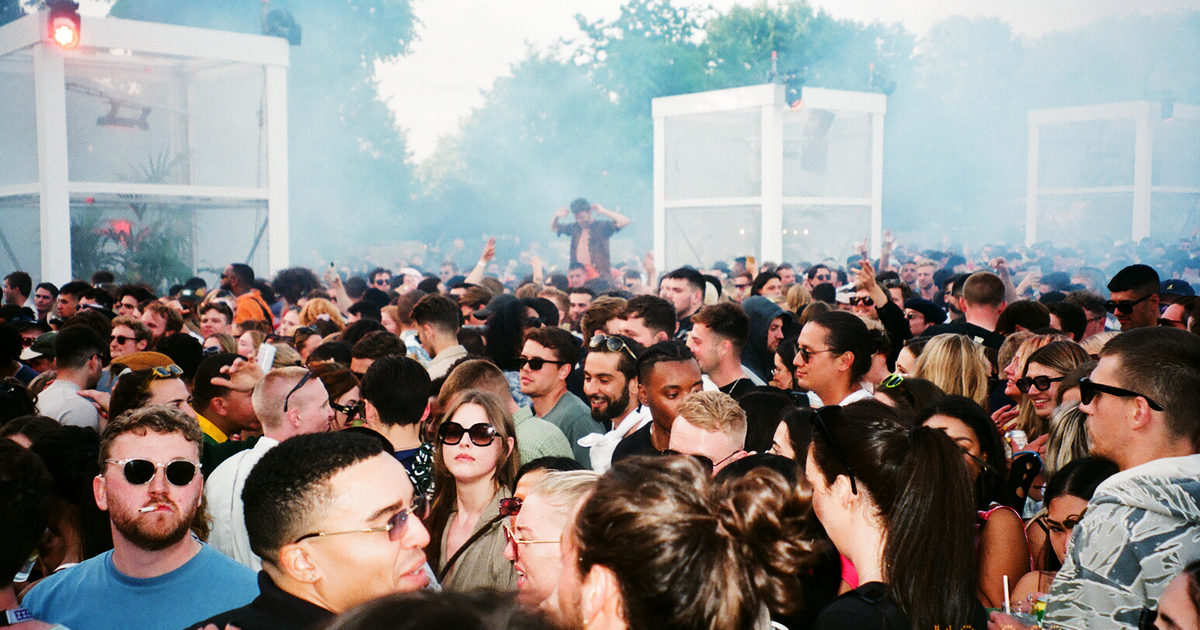 We were in tow for opening day GALA on Thursday, instantly heading to Charlie Bones’ teepee, where the DJ was streaming live for his Do!! You!!! Radio station all weekend. The former NTS breakfast show host has seen his cult status grow in recent years, thanks to a surge in listeners during the pandemic and the launch of his own station. Hosting all weekend with several guest DJs, Bones brought his mix of house, techno, soul and pop gems to a crowd of ardent followers in what was the smallest – but arguably most vibrant – stage in the world. festival all weekend.

At Beacons, the festival’s new stage designed in partnership with Dalston’s audiophile bar, Brilliant Corners, Hunee has expertly selected in-house cuts, tailor-made for a packed crowd in the sun. We cooled off behind the scenes in our co-branded Dr. Martens van, snapping photos of the talent in orbit around the park before heading back out into the wild.

About wild: let’s talk about Bradley Zero’s set. The Peckham local has been an important part of the south London scene over the past decade thanks to Rhythm Section – the night and Zero’s label – and its set on the brilliant Patio outdoor stage had a real air of party about it. Zero has endless pedigree as a digger, but has no qualms about dropping the odd crowd-pleasing classic in its blend of house, soul and disco, prompting one of the festival’s moments where he dropped pure heating. ​‘Samba De Janeiro’ to an absolutely thrilled crowd.

As Josey Rebelle crossed the finish line at The Patio with a set of hard, unrestrained techno, Little Dragon brought the tempo down on the main stage with a mesmerizing track from their soulful, jazz-influenced pop brand. GALA brought us perfect tunes in an equally idyllic setting all weekend; Queen Liz, put your crown back on…