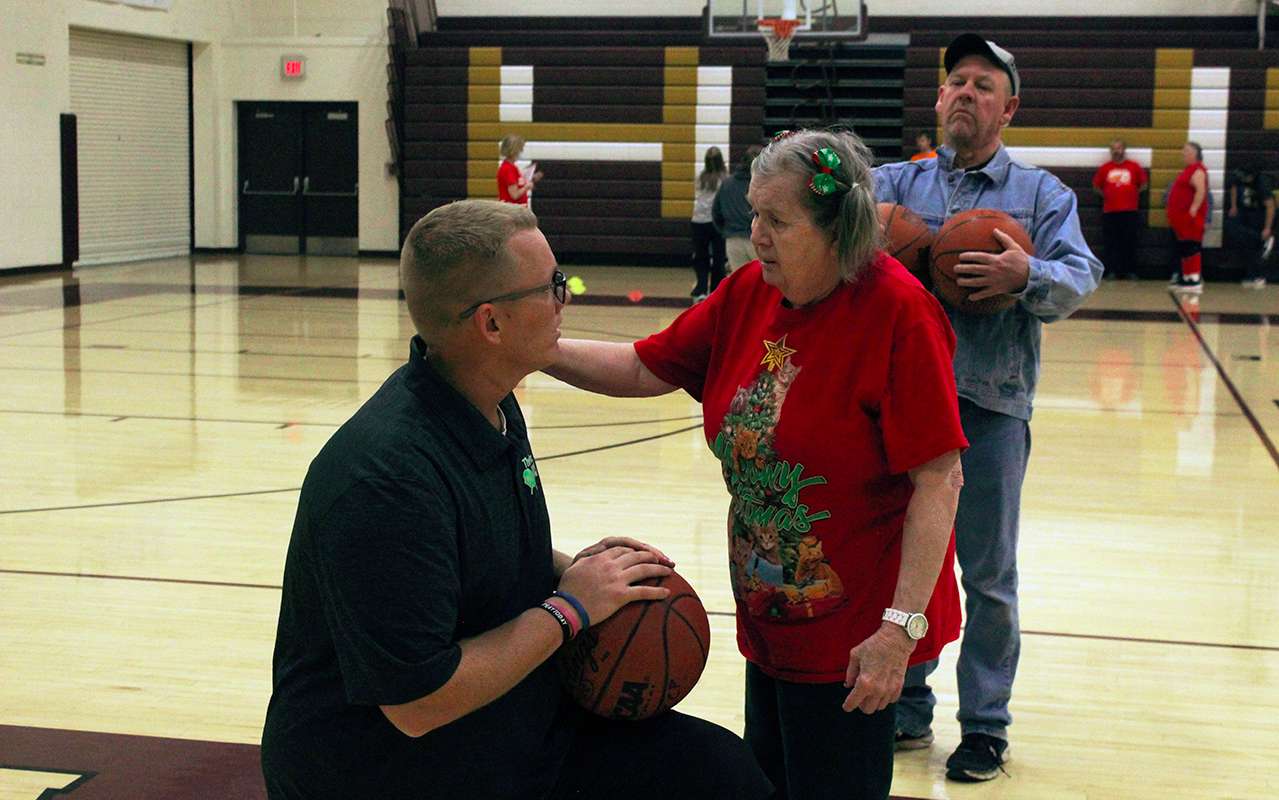 Jason Jordan knew he wanted to continue working in the field he loved and in a community he loved.

Jordan, 31, returned to Hays this summer after a stint as softball coach at Pratt Community College to become the director of operations for the Arc of the Central Plains.

His goal since taking over from Brent Kaiser, who left the Arc to take a position with Special Olympics, has been to restart activities for members of the intellectual and developmental disability community – most of whom have been canceled since March 2020 with the start of the pandemic. .

â€œMy first goal is to get us back to where we were before COVID hit,â€ he said.

Arc participants were able to play softball this summer, volleyball in the fall and have just started the basketball season. L’Arc also launched pÃ©tanque, which the organization no longer offered for many years.

â€œI plan to bring a new twist and new activities to the IDD community,â€ he said, â€œbut the big momentum right now is also to get back to as normal a schedule as possible with dancing, dancing. bingo and various activities. “

â€œThe mental health aspect of isolation is not good for anyone, including the people we serve,â€ Jordan said, â€œbut the other part is just physical activity.

â€œI see a huge spike in physical health. We just have to get back active and play sports or go out and walk and do different things that we just haven’t done a lot this year because of COVID and have to stay indoors . “

Jordan said the Arc creates opportunities for people with intellectual or developmental disabilities that they would not have otherwise. These opportunities are largely funded by the Arc Thrift Store in downtown Hays.

Jordan, originally from Fort Collins, Colo., Attended Fort Hays State University, where he earned a bachelor’s degree in recreation and a master’s degree in sports administration.

He landed an assistant coach position with the FHSU softball team. He coached at FHSU for three years before moving to Pratt to coach.

However, Jordan said that Hays was missed and that Arc’s work allowed him to return to the community.

â€œOne of my biggest passions is sports so finding something to do with sports was a huge part of what I was looking for,â€ he said, â€œbut also a passion for giving back to the community .

â€œWith this position there was a wider range of opportunities to meet a need in Ellis County and also to give back with the skills that I have been equipped to help with the programming and the different activities that we have here. to Hays. “

Jordan attends Celebration Community Church and his return to Hays has also allowed him to reconnect with a large group of friends.

â€œIt’s more of the people I like the most here about Hays, and just the little community that we have here,â€ he said.

Jordan had limited experience volunteering with people with developmental disabilities before accepting the position with The Arc, but he had experience with physical limitations.

â€œIt sucked going through that, but it also showed me the way to where I am today,â€ Jordan said. “It was a lot of learning curves, and being able to push myself to get here is what made it exciting.”

He was no longer in the physical condition to play at the college level, but spent a summer playing semi-professional baseball in Central America after high school.

â€œIt was fun to see different cultures and it brought people from different parts of the world to play on the team,â€ he said. â€œWe got to play some of the best athletes in the world and a lot of them went on to play professional baseball.

“It’s fun to pick up on the group of friends I made back then and see them have successful playing and coaching careers. We’ve all taken different paths, but everything has worked for us. reunited for a summer. “

The Arc is always in need of volunteers, especially long-term volunteers who could commit to traveling with the teams. For those interested, call Jordan at the Arc at 785-628-8831 or drop by the office at 600 Main, Hays.

Video. Lille and the metropolis: fun activities, guinguettes, exhibitions… Our…

Things to do, Events, Fun Activities in August in Charlotte, NC