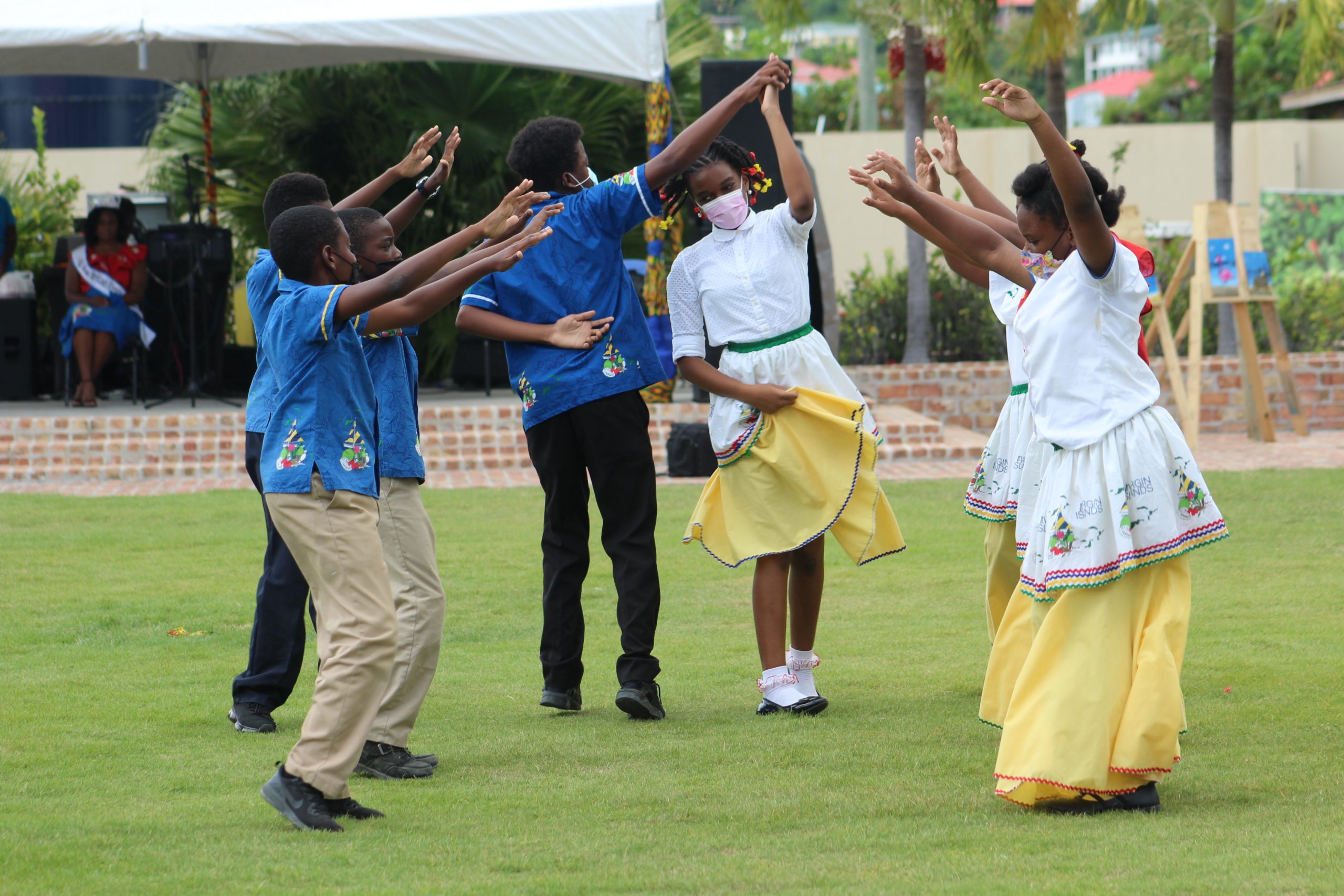 Cyril B. Romney Tortola Pier Park was once again bustling on Friday as residents and cruise ship passengers watched students perform at a food fair held for Culture and Tourism Month.

Mushroom music and a traditional African dance called comfoo were part of the performances, and vendors sold handicrafts and home-cooked food along the streets of the Pier Park.

For the students, the event came after celebrating a culture week in schools.

One day, Enis Adams Kindergarten asked students to dress up as tour guides in taxis, while students at Bregado Flax Educational Center participated in cultural breakfasts and a cooking contest.

The Virgin Islands School of Technical Studies held its own cultural food fair in Baughers Bay on Friday, where it also held a cultural clothing competition. Students at Willard Wheatley Elementary School played cultural games such as jacks and marbles.

â€œI have visited a number of schools in the territory and they are having fun,â€ said Connie George, director of education, who chaired the event at Pier Park. “I really like to see this because it is one of the things that we need to allow our students to learn and understand who we are as a people.”

“The extravagance of dance”

After that, the Lady Rams of Elmore Stoutt High School danced to Afrobeats, mushrooms and VI calypso music.

The Ministry of Culture also announced the winners of a writing competition focused on these proverbs. Other Culture and Tourism Month activities included â€œBush Books and Teaâ€ at H. Lavity Stoutt Community College on Saturday, followed by an open mic session featuring poets Callalloo, Brent Hoyte and others.

â€œThis is the second annual Culture and Tourism Month,â€ said Dr. Smith. â€œWe had Culture Week and extended it to a whole month. This month we had our BVI Literary Festival for the very first time. Activities will continue throughout this month, culminating with the Anegada Lobster Festival.

There are still many events left during Culture and Tourism Month.

Monday: public holiday for the Grande Marche 1949 and the Restoration Tuesday: Fine arts photography workshop
Wednesday: Book launch, The 1949 Great March, HLSCC Learning Resource Center
November 25: The legacy of a pioneer, Joseph Hodge
November 26: Day of wear and tear of your territory
November 27-28: Anegada Lobster Fest
November 29: The winners of the film competition announced by the BVI Tourist Office November 30: Round table on the tourism industry and the cultural sector