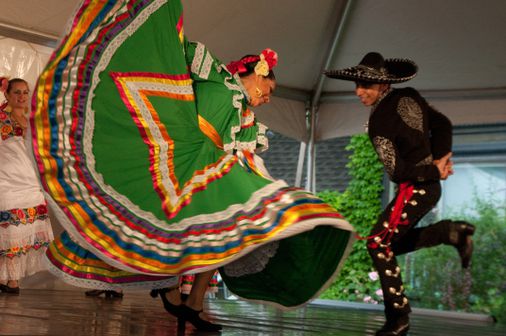 With four open-air stages showcasing everything from ballet and folk to African, Indian and Irish dance, the Dance for World Community Festival on September 25 at Harvard Square serves as the unofficial kickoff celebrating – fingers crossed – the comeback. to a full season of live Dance. “We are kind of ushering in the fall as a new beginning,” said JosÃ© Mateo, whose JosÃ© Mateo ballet theater presents the festival, celebrating its 12th edition, after being suspended last year due to COVID.

“The title of the festival this year is ‘Re-Emergence’, [reflecting] the idea of â€‹â€‹coming out more enlightened from this darker period of the last few months, â€says Mateo. â€œI hope people will be less critical, more open-mindedâ€¦ more sensitive to the social dynamics in which we live. be inclusive, invite diversity – build community by representing community.

In addition to performances, the free event includes introductory dance lessons in a wide range of movement styles, as well as food and craft vendors. A dance party in the parking lot with live music from 6 p.m. to 8 p.m. will close the day’s activities. â€œIt’s a way to invite the community to recognize dance as a social activity that can bring us together and connect,â€ says Mateo.

Longtime attendee Shaumba-Yandje Dibinga, founding artistic director of the OrigiNation Cultural Arts Center in Jamaica Plain, said the family event was almost a smaller version of First Night, which focused on dance. The day is filled with â€œmusic, kindness – of all ages, ethnicities and dances you can imagine,â€ she says. â€œIt’s for everyone. We live in a world turned upside down in many ways, and the arts bring people together in such a beautiful and powerful way. “

The main mission of the day is to show how dance can be a connecting power for positive change. Mateo hopes the festival will provide a platform to usher in a new era of heightened awareness and activism around social, environmental and artistic concerns. He sees it as a way to use the universal language of dance to bring people together in civic dialogue, and a variety of nonprofits will be in attendance with exhibits and information along the festival’s Advocacy Way. . “The festival has always been based on the idea that dance could contribute to building a community and express through advocacy a certain solidarity around human values, human rights and social justice,” he says. .

This year’s event focuses on climate change and environmental justice, a theme that resonates with more urgency than ever before. Jason Weeks, executive director of the Cambridge Arts Council and a member of the festival’s original organizing committee, said climate justice was on Mateo’s radar from the early days, although it took some time to develop. to understand. â€œI remember when JosÃ© started talking about climate justice in the context of a dance festival and as the organizing principle of the event,â€ he says. â€œFor many, the initial response was something of a blank stare. It took some time to normalize the understanding that an artistic event could both celebrate artistic practice while fostering dialogue. [and] civic engagement. â€Today, Weeks says,â€œ … the audience and attendees understand, appreciate and truly look to the festival for its ability to raise and move the dial. â€

Mateo adds: â€œI think artists today feel more that they can add something meaningful to all conversations and political decision-making. â€¦ We live in a time when no one can afford to ignore the social and environmental issues we face.

DANCE FOR THE WORLD COMMUNITY FESTIVAL

Karen Campbell can be reached at [email protected]

Enjoy the best of dance music in a woodland setting

Downtown FALL FOR DANCE festival has something for everyone