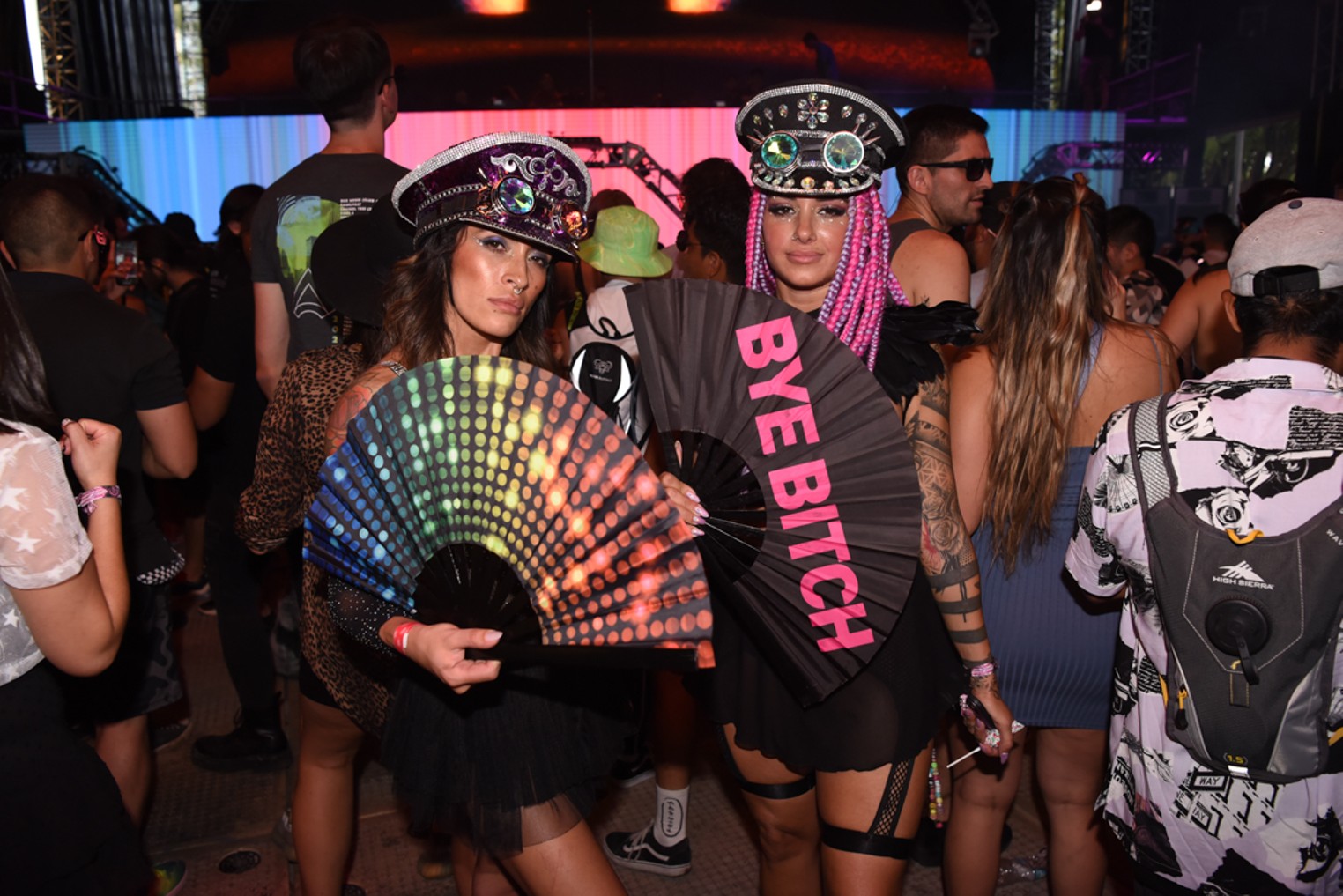 Clap of fans at dance music festival is annoying

Last month, Carl Cox debuted his hybrid setup live at the Ultra Music Festival. He used Ableton and gear to extend loops, add heavy effects, flatten the crowd with punchy bass, and throw in obnoxious, unsynced applause to disrupt everyone.

In fact, the final element was the crowd injecting their own beat via the ubiquitous folding fan.

Ravers have taken over decks with their use of folding fans – whether at the club, festival or party. What you’d expect to be a tool for cooling off has been repurposed for clapping while the DJ spins.

With a flick of the wrist, one can quickly unravel and retract a folding fan to produce a loud sound. snapping. Why do people do it?

To better understand, I visited Ultra’s festival grounds and, like an 1980s news anchor interviewing mischievous teenagers, I asked attendees, “Why are you clapping?”

But first, a brief history of how the folding fan likely originated in gay dance music culture and how the heterosexual community usurped and diluted all meaning with cacophonous rhythm matching.
InMagazine Writer Bobby Box admits that the story, if it really exists, is hazy at best.

For one thing, there’s one overriding feature: fans keep you cool.

Fans have been around for millennia – probably first used by ancient civilizations who waved a palm leaf for cooling. Folding fans were in vogue from seventh-century Japan to medieval Europe. And as one Reddit user put it in Box’s post: “I don’t think there’s a ‘story’. They’re fun, they’re sassy, ​​they’re regularly used for drag performances. They kind of have a natural place at circuit parties.

“In the past, homosexuals were not generally accepted [Western] society, so it was not uncommon for homosexuals from Europe and America to live and work in places like Morocco, Thailand, Vietnam, China…to follow their sexual inclinations…the fan, as an element of flirting, was taken to an art form in Spain, Japan and China.

“As some gays were/are somewhat effeminate in their attractive personas, fans were part of their flirtatious repertoire. Over time, this predilection that gay men had for fans made its way to North America, where she served the same purpose, whether it was to be held by a wealthy straight woman or a gay man: to convey opulence…and to get some dick.”

Assuming that folding fans were initially a symbol of gay pride, the heterosexual community (myself, as a cis, straight white male, included) appropriated and twisted the meaning. If you type “rave fans” into Amazon’s search box, it returns more than six pages of results. One says “Move I’m Gay”, while another, rich in irony, displays the DARE logo. Very original.

Whatever the story, fan applause remains divisive. At Ultra, a friend shouted, “Stop! Please stop!” to no one in particular as a cabal of tap dancing spread their fans. But people like to clap; some believe it adds a holistic energy beyond anything a producer can bring to the dancefloor.

“It goes with the music,” explained one participant. “Once you’ve done it, someone else gets it. And everyone goes with the flow. It sets a whole vibe.”

Another added: “Once you hear the beat, you’re the only outlier. That means the beat is really good.”

Here are two reasons why this is a raver error.

First, there are the limits of human dexterity. Let’s say you’re on a set where the DJ is playing at 130 bpm. To sync up with the DJ would require the speed and mobility of a hummingbird – and, on top of that, an incredibly well-oiled, precision-engineered fan to fan out accordingly.

The second problem is physics. Depending on where you are, a beat comes at infinitely different times. The closer the stage, the faster the sound hits you; the further away you are from the speakers, the longer it will take for sound to reach you. Same for the clap. This leads to chaos.

Another participant admitted that she clapped, but for some reason only during the day. Fearing that she incriminated herself, a friend said, “I fucking hate it! She doesn’t do that!”

If you want to stay on your phone and record the whole set, that’s your god-given right to rave. Want to lead the always enchanting, “Whoops ! Whoops !“? Go ahead with enthusiasm – I may even join you.

But the fan-clap has to stop. At best, it’s inconvenient; at worst, it was a community appropriation that spurred the dance-music movement as we know it.

I can dance to your beat, but I won’t clap.

Things to do in LA, OC: Dance, music, puppetry, arts and crafts