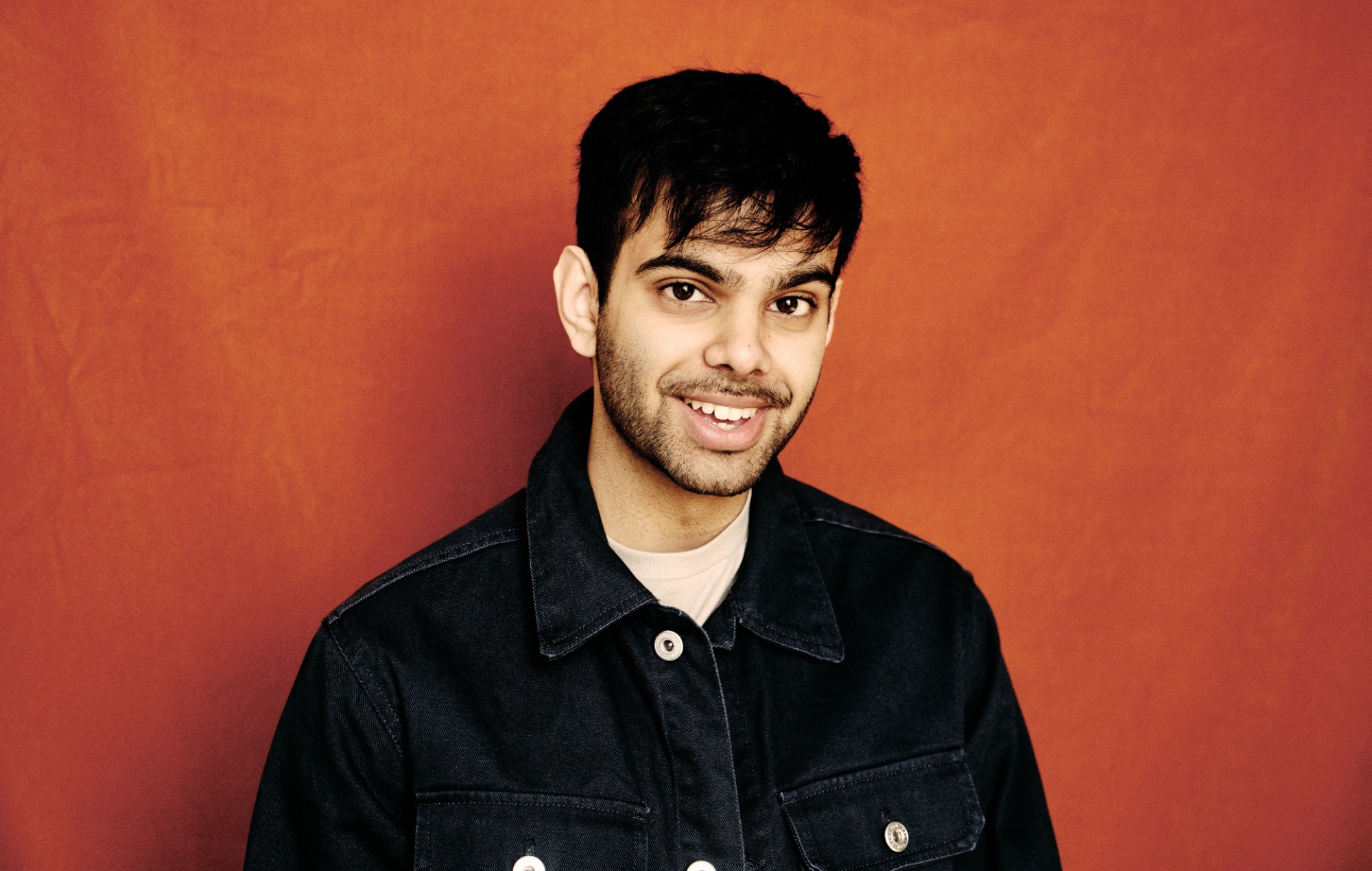 Adding to the weight of expectation that comes with being an emerging name in the UK electronic dance music scene, Anish Kumar is currently studying to become a veterinarian at the University of Cambridge. “Actually, it was doable,” the 22-year-old humbly says NME on the balance between music and academia. “This year has been a bit of an experiment to see how much time I can dedicate to music. But, so far, it’s working: I just found out that I passed my exams, which is great. I am ready to do it again, to be honest.

With two more years to go before she can earn her hard-earned degree in veterinary medicine, Kumar’s admirable juggling act looks set to continue. But as interest in her brilliant, vibrant, and sample-rich take on dance music continues to grow, the temptation must grow day by day to skip lectures, seminars, and internships to indulge in her musical career. nascent.

The acclaim that is sure to greet Kumar’s four-track debut project “Postcards,” due out Friday, July 29, will only heighten that desire, you can feel it. The record soars to a flyer when the inviting piano loop and stuttering drums on opener “Hummingbird” give way to a hugely satisfying break, before “Steamroller” crashes onto the dance floor with hard-hitting beats, euphoric vocal samples and the kind of career-unifying energy that Daft Punk would have approved of. Then there’s the propelling ‘Bhavachakra’, which fizzles with contrasting synths and distorted samples, and the relentless house groove of ‘Return To Sender’ rounding out the proceedings.

“It’s not meant to be a cohesive release at all. In fact, it’s the opposite: they’re postcards, in that they come from very different parts of my musical influences,” Kumar explains. It almost looks like a storefront as a first release. I don’t want people to expect only one thing from me: I don’t want to be a one-trick performer. This is my biggest battle , in fact: making things always sound like me while [remaining] eclectic.”

Kumar’s path to this point began in his hometown in northeastern Washington. Although he didn’t really commit to the local music scene there, it was at his family home that Kumar made his first forays into production attempting to recreate Eminem’s beats on GarageBand, later going on to then switch to “what I thought at the time was techno, which it probably wasn’t!” He adds, “When I grew up a bit, I switched to Logic, which I still use What I do comes from following my taste in music, which isn’t Eminem anymore, I’m sad to say!

After a slight fascination with EDM and artists like Avicii, Kumar then fell in love with Four Tet and Bicep. Lockdown further opened his eyes to a treasure trove of sample-rich genres, such as disco and northern soul. “Like a lot of people, when you discover something new, you dive into it and allow yourself to dive in and start researching,” he says. “The lockdown allowed me to do that, because there was no outside influence. It was just, ‘What do I like? What can I learn more about?’ Nordic soul was one of those genres. I wasn’t really exposed to a lot of music growing up, so there’s still a lot for me to discover – which means I can be very excited. on this subject !”

By 2021, Kumar had started buying his music to “anyone who wanted to listen to it”. BBC Radio 1 DJ Sarah Story was one such person, who shone with her breakthrough track ‘Little Miss Dynamite’ (which Kumar says is ‘absolutely’ set to return to streaming services soon) . However, on the day the song was due to air on Radio 1, Prince Phillip died – which saw the BBC cut much of its regular programming.

All was not lost, however. “That’s how I then managed to get ‘Little Miss Dynamite’ into the hands of Annie Mac’s producer,” Kumar recalled, with the track finally getting its Radio 1 moment in May 2021. Her response at that time antenna? “I felt like I was about to have a heart attack. It was a huge moment, especially since I had been listening to Annie Mac’s show for so long: me and my friend were going in the car listening to his show. I had kind of conditioned myself to think, ‘OK, this kind of thing doesn’t happen overnight.’ It didn’t, but I really got the hang of it. feeling that, at the time, overnight, I had entered the industry.

Big tunes are certainly on the agenda when it comes to Kumar’s live DJ sets, with a spot playing at Four Tet’s Finsbury Park all day on August 13 – where he will perform on a stage organized by the Dialed In festival, which defends the creatives of the South Asian underground. Speaking of the “surreal feeling” of being on the same line-up as one of his producer heroes, Kumar said, “I think a lot about this performance and what is going to happen around it, especially considering given the Dialed In context.”

Does he hope to come across Four Tet that day? “Oh, I’d love to have a pint with Four Tet!” His music is, I would say, the gold standard in the way that we’re all trying to produce right now,” he says. “It’s important to recognize that someone who is so entrenched in their position is always trying to do new things. It tickles me to see that he performed on the BBC Glasto intro scene [under his KH alias, where he spun a Kumar track during his set]. My first reaction was, ‘Who needs introduction at Four Tet?!’ »

With the imminent delivery of ‘Postcards’, Kumar is already planning his next project. “We talked about ‘Little Miss Dynamite’, which is from an album I wrote with the firm intention that no one would hear it – there’s a wealth of unapproved samples in it!” he laughs . “So now it’s about deconstructing it and then rebuilding it three years later. It wouldn’t be fair to release old music, because it doesn’t tell the story of who I am now. I’m leaving this summer to finish a lot of things around this release, and it’s going to be just a retreat: take my studio [with me] and try to create this album.

After that, it’s time to head back to Cambridge – but what if Four Tet calls and asks to collaborate? “I mean, if Four Tet wants me to run away from Cambridge, then maybe I should,” Kumar said with a wink. “But I’ll probably be back.” Don’t worry, animal kingdom: Anish Kumar isn’t leaving you for the dancefloor yet.

Anish Kumar’s ‘Postcards’ EP to be released on July 29

Four days of exciting activities as the Roundwood Festival returns