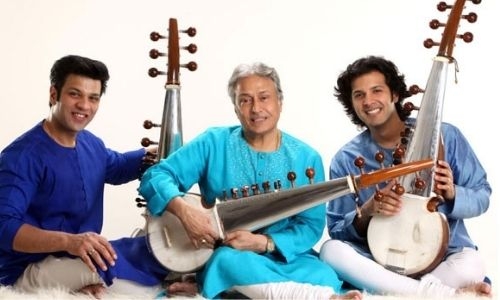 Bahrain Keraleeya Samajam (BKS) will organize the first Indo-Bahraini BKS Dance and Music Festival, under the patronage of the Indian Embassy and in association with the Bahrain Authority for Culture Antiquities and the Soorya Stage and Film Society. The festival will begin on May 3 and end on May 14. The festival marks the monumental occasions of the 75th year of India’s independence, the 75th year of the founding of BKS and the 50th year of the establishment of diplomatic relations between India and Bahrain. .

The event is also an esteemed part of Azadi Ka Amrit Mahotsav, an Indian government initiative, spearheaded by the Ministry of Culture, celebrating 75 glorious years of independent India. The Mega Festival, hosted by India’s foremost artistic director and connoisseur, Soorya Krishnamoorthy, will witness performances from various art exponents and provide a magnificent cultural experience like never before, BKS said in a statement released.

Highlights of the festival include an inimitable performance by the world famous Sarod trio Ustad Amjad Ali Khan, and his sons Amaan Ali Bangash and Ayaan Ali Bangash, the man who moves people with his movable fingers Rajhesh Vaidya, and his team of backing artists, and crowd-favorite keyboard magician Stephen Devassy and his team. The BKS Indo-Bahrain Dance and Music Festival will mark its first day on May 3 with an evening of ghazal soul music by Anoop Jalota.

Indian classical dance exponent Asha Sharath will bring Sugathakumari’s “Krishna Nee Enne Ariyilla” to life through Bharatnatyam on May 4. The next day will witness a night of musical magic orchestrated by Stephen Devassy and his team Umayalpuram, Attukal Balasubrahmaniam and Amith Nadig. Popularly known as The Violin Duo, Ganesh and Kumaresh, accompanied by Vidwan Patri Satishkumar on Mridangam, will perform on May 6. On May 7, a concert of Carnatic music will be conducted by Abhishek Raghuram and his team of accompanying musicians.

Music presenter with the voice of a nightingale, Nithyasree Mahadevan and her team will give a concert on May 8. A dance drama production from Bahrain, Buddha – The Divine, by Vidyasree, with musical composition by Palakkad Sreeram and lyrics by L Sampathkumar, will be on stage on May 9. South India’s most beloved singer – Music Director M Jayachandran, accompanied by Sankaran Namboodiri, Sreevalsan J Menon, Lalu Sukumar and his team will bring a night of melody on May 10. Artists from the Kingdom of Bahrain will perform on May 11.

A Kathak performance by Khalil Alashar will be followed by a concert by Majaz Bahrain. May 12 is a classical instrumental evening led by Mysore Nagaraj, Dr. Mysore Manjunath on violin, accompanied by Thiruvaroor Bhakthavalsalan, Alappuzha R Karunamoorthy and Giridhar Udupa. On May 13, there will be a concert by the man with the enchanting fingers, Rajhesh Vaidya, and his team Bhuvanesh, Kumaran, Mohan and Sai Hari.

May 14 will feature a once-in-a-lifetime musical evening from Sarod Maestros Ustad Amjad Ali Khan, Amaan Ali Bangash and Ayaan Ali Bangash. The BKS Indo-Bahrain Dance and Music Festival is organized in association with the Embassy of India in Bahrain, the Authority for Culture and Antiquities and the Ministry of Social Development of the Kingdom of Bahrain.

The pandemic has put an end to physical, offline and tangible cultural experiences that bring joy and comfort to life, the statement said. PV Radhakrishna Pillai, Chairman of BKS, and the brains and brawn behind the event are bringing the cultural extravaganza back to the Kingdom of Bahrain’s art-loving society, with this mega festival. “Preparations for the Mega Festival are in full swing and we hope to fulfill the dreams of art lovers in Bahrain,” said Varghese Karakkal, Secretary General of BKS.

Helsinki invests in cultural activities for its elderly citizens